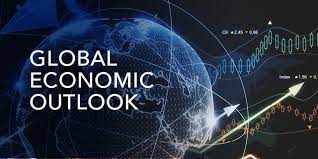 2023 Recession Is Coming And How Will It Impact You

Many economists are expecting economic growth to slow in 2023 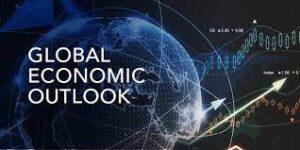 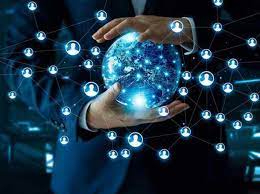 2023 Recession Predictions: Is One Coming And How Will It Impact You?

One of the hottest topics in the financial press right now is the prospect of a recession. In a classic Ross and Rachel situation (is that an outdated reference yet?) financial commentators are looking to the National Bureau of Economic Research (the organization that decides when a recession has started) and asking, will they or won’t they?

So far, the answer has been no. Despite mixed economic data that has included two consecutive quarters of negative economic growth, the National Bureau of Economic Research (NBER) has decided we’re not quite in recession territory just yet.

They’ve been reluctant to make the call because it hasn’t been all bad news when it comes to the economy. Some examples include consumer confidence, which has remained pretty resilient over recent months, and the labor market which has been strong.

All this means is that there is continued speculation about when a recession might hit. Some analysts are predicting that we’ll avoid a recession altogether, others are saying that one is imminent, and even the type of recession is under debate.

Recently a brand new term has been coined to describe the type of recession that might be on the cards, the catchy ‘pasta bowl recession’. The name has been given to represent a recession that may be quite long but shallow, like a pasta bowl.

Because of the mixed economic data, this take suggests that if we do go into a recession, it will probably last a reasonable length of time, but that it won’t be that severe.

So with all these differing opinions and ideas, what does that mean for investors? Let’s break down some of the key arguments out there right now, look at what the prospects are for a recession in 2023, and consider how a recession could impact the stock markets and investors in general.

As the old saying goes, if you get three economists in a room you’re likely to get four opinions. Because our financial and economic system is so complex, it’s incredibly hard for humans to accurately predict what the future might hold.

Artificial intelligence has an unfair advantage in that area, but we’ll cover that further down.

This is the main reason why we don’t know for sure when, or even if, a recession will hit. At the moment economists from the Federal National Mortgage Association, more commonly known as Fannie Mae, are predicting that a recession will start in early 2023.

Those numbers make the pasta bowl recession idea seem to make a lot of sense. While the U.S. economy contracting over a full year is a big deal, a fall in GDP of 0.4% isn’t the end of the world.

Others aren’t so pessimistic. The International Monetary Fund (IMF) is projecting continued economic growth for the U.S. through 2022 and into 2023. Economists at the IMF are expecting GDP growth to slow, but they are projecting an overall increase of 2.3% in 2022 and a 1% increase in 2023.

They’re also expecting the U.S. economy to narrowly avoid a recession, which would be good news for workers and investors alike.

These are two different predictions from two well respected and resourced organizations, so who do you believe? Really, it’s important to take a step back and look at the overall trend, rather than getting bogged down in the specifics of a percentage point here or there.

The economists from both Fannie Mae and the IMF are stating that 2023 is expected to be a slower year for economic growth than 2022. This means that the economy will likely cool, prices will (hopefully) start to level off and the job market may not be quite as strong.

Whether we tip over into an official recession really doesn’t matter. There’s no big button that gets pressed and no immediate impact to regular people. Whether economic growth is 0.2% or -0.2%, you probably won’t notice much difference to your day to day life.

That’s not to say you should ignore the theme, which is that the boom times are not around the corner. The economy is likely to slow, and that means that you need to make careful decisions around money and how to continue to grow against a more challenging backdrop.

Investing well is one of the best ways to do this. In a bull market investors can get away with a less than optimal investing strategy, because the overall market trend can drag up many stocks that don’t necessarily warrant a rise in their price.

It’s not so easy in a bear market, or even in a flat market. One of the most challenging aspects of investing in a tough economy is that predictions are hard. As we explained above, there is too much information to consider and so many different interpretations that it can be incredibly difficult to cut through the noise.

As humans, we also have in-built bias that is very hard to counteract. We remember certain things that impacted us and put weight on them, even if they aren’t that relevant on a wider basis.

The odds of being struck by lightning are about one in a million. By all accounts, a very rare event and not even worth considering for the vast majority of people. Nevertheless, if you’ve been hit by lightning before, it will probably play pretty heavily on your mind in the future.

We can recognize and compensate for these biases, but it’s difficult, and some would argue impossible.

AI doesn’t have that problem. Not only can an algorithm process millions of data points a second, but it can assess these and make projections with zero emotion involved. It’s one of the reasons Q.ai was started, to make cutting edge trading technology available to everyone.

This is never more important than in a market with fine margins. Over the coming months and years, we are likely to see a bigger gap between the companies and sectors that perform well and the ones that don’t.

In order to give yourself the best chance to be on the right side of it, you need to implement sophisticated and fast acting strategies that can react to market conditions and predict what might happen in the future.

What would a 2023 recession mean for investors?

If a recession hits, it doesn’t mean investors can’t make money. Any market throws up opportunities that can be taken advantage of, as long as you know where to look.

In periods of low or no economic growth, large companies tend to outperform smaller ones. This makes sense. Bigger companies generally have more diversified revenue streams, a more stable customer base and a more predictable supply chain.

Smaller companies can struggle. It can be challenging for them to continue to grow at a pace that supports their expanding business, and for companies that aren’t generating significant profits, a drop in revenue can be tough to get through.

In order to take advantage of this situation, we created the Large Cap Kit. This is a pair trade, which is a sophisticated trading strategy usually reserved for high net worth hedge fund clients. We’ve made it available to everyone.

It works by taking a long position in U.S. large cap stocks, while at the same time holding a short position in mid and small cap U.S. stocks. It means that it doesn’t matter whether the overall market is up, down or sideways, as long as large companies outperform smaller ones, investors can make money.

In total, the Kit has a long position in the 1,000 biggest U.S. companies, and a short position in the next 2,000. The kit is automatically rebalanced every week, and it’s a Limited Edition Kit, which means when the opportunity goes, we close the trade for you.

VISIT OUR OTHER SITES